Law enforcement are searching for individuals involved in a fatal shooting on Cadillac Square around 3:30 a.m. Sunday morning. An argument allegedly broke out before someone opened fire.

MONDAY NEWS HIT - A deadly shooting over the weekend has Detroit police searching for multiple suspects connected to the incident downtown.

Police said two groups of people got into a fight on Cadillac Square when someone opened fire, killing a 19-year-old man.

The victim was with his friends when the fight started, police said.

The violence unfolded around 3:30 a.m. in the area of Bates where an unknown man fired multiple shots. After that, some of the people involved fled west from the location on Cadillac Square towards Randolph.

Police are searching for two male suspects who were inside a 2020 Jeep Grand Cherokee with a Michigan plate of EMK8273. One of the suspects has been identified. Police released a photo of the man they are still trying to ID.

It's not a scene that downtown usually sees, said one resident that frequently visits the area. 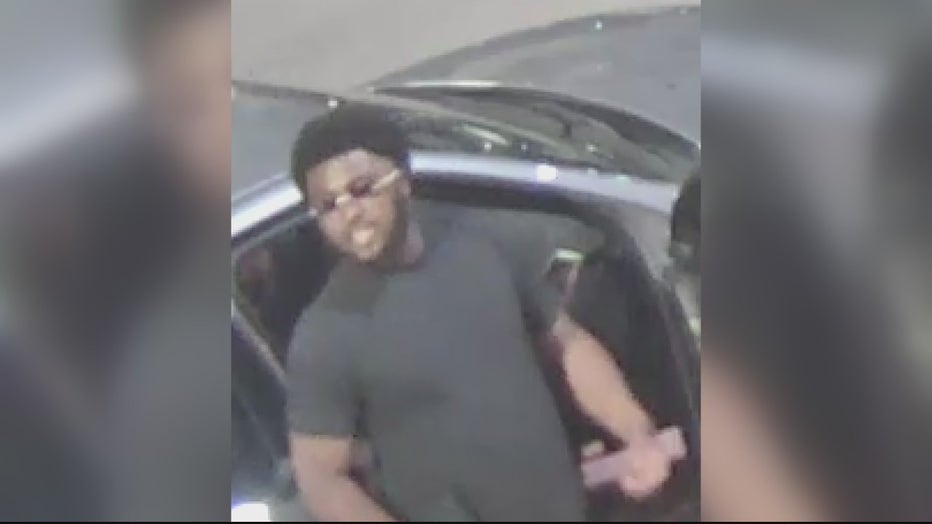 Police are trying to identify the man in the photo following his alleged involvement in a fatal shooting downtown.

"Who knows what happened at 3:30 a.m. in the morning. Who knows what was happening, know what I'm saying?" said James McNeal, who lives in the city. "But otherwise, I feel secure downtown. I've lived down here 21 years and I have no problem. I come down near every day."

Police said the unnamed suspect should be considered armed and dangerous. Anyone that recognizes the suspect or the vehicle is asked to call Detroit police.

The levels of bacteria at one Michigan beach have prompted health officials to list the location under an advisory on the Fourth of July. Memorial Park Beach in St. Clair Shores had a contamination advisory in place following testing that confirmed high bacteria levels at the location. The beach has been both under advisories and closed to the public for high bacteria levels this year.

It was last closed on June 30 and has since been under an advisory. The source of the bacteria are unknown, but daily monitoring updates have continued to roll in, the state environmental department said. The Macomb County Health Department does the monitoring.

According to the county, an advisory means that all samples selected in the last 30 days exceed levels of E.coli that are safe for bodily contact.

Last week, there were three beach closures and a pair of contamination advisories around the state. The timing ahead of the holidays may have forced travelers to find other beaches to visit. There are 1,235 public beaches in the state and none are closed as of Monday.

How gerrymandering comes into play around abortion

Partisan gerrymandering is expected to have an outsized effect on whether states will codify abortion or not. The political practice of redrawing boundaries have often benefited the lawmakers that are doing the drawing, leading to wonky-shaped districts and less bipartisanship.

Following the Supreme Court's ruling on abortion, it will now be up to states to determine if the medical practice will be legalized. For states like Michigan and Wisconsin, who have had heavily-gerrymandered districts for decades, it could mean abortion "is likely to be illegal," said one political science in an interview with the Associated Press.

Meanwhile, "in states where Democrats have gerrymandered, it’s going to help probably make abortion laws more liberal than people would like," said Chris Washaw, who analyzes redistricting data. A majority of Americans support abortion access in general, though many say there should be some restrictions, according to public opinion polls.

In Michigan, the legality of abortion remains somewhat murky since a judge suspended a law that banned the practice without exception for rape or incest.

Detroit police find body of man in trunk of car during traffic stop; 2 in custody

Two men are in police custody after a traffic stop led Detroit police officers to a man's body.

Detroit police say officers were on Fullerton near Hubbell Avenue late Saturday when they spotted a Buick LeSabre with expired tags and no insurance.

After identifying the occupants, one fled from the car on foot, police said.

Officers searched the car and found a man's body in the trunk. Two people were taken into custody, police said. The cause of death is under investigation.

See a map of where police found the body here.

Several drowning rescues reported in Great Lakes ahead of holiday

The organization that tracks Great Lakes drownings in the Midwest is reporting a high number of rescues leading up to the Fourth of July holiday, leading officials to be wary about a lack of knowhow for those struggling to swim.

According to the Great Lakes Surf Rescue Project, there have been 47 drownings in the lake systems, including 12 leading up to the holiday. Twenty of the drownings were in Lake Michigan.

"A lack of public water safety education, crowded beaches, and the holiday hype could be contributors to this uptick," said Dave Benjamin, GLSRP executive director. "Luckily lifeguards and first responders have been on the spot to respond to these incidents."

The GLSRP cited multiple examples this weekend where emergency crews responded to reported drownings, saving multiple people including teens and young kids. Drownings have ticked up in recent years, with the most being reported in 2018 at 117. One hundred people died in 2022 as a result of drowning.

It's going to be a hot one for the Fourth of July holiday Monday as temperatures are expected to hit 89 degrees. That should be the peak for high temps this week, but rain could throw some more variability in the forecast.

A hot 4th of July with increasing clouds by evening and the threat of rain overnight. Meteorologist Lori Pinson has your forecast

Some 17 people remain unaccounted for a day after a huge chunk of an Alpine glacier broke off and slammed into hikers in northern Italy, officials said Monday.

At least six people died and 9 were injured by the avalanche of ice, snow and large rocks thundering down the slope of the mountain topped by the Marmolada glacier Sunday afternoon.

Veneto regional Gov. Luca Zaia said some of those hiking in the area on Sunday were roped together as they climbed.