Thieves drive vehicles through stores to steal dozens of guns

Police are investigating after thieves drove through a Dearborn Heights pawn shop twice and a Westland gun shop once to steal dozens of firearms. Authorities believe the crimes may be connected.

TUESDAY NEWS HIT - Dozens of guns were stolen after thieves drove vehicles through businesses in Westland and Dearborn Heights.

Early Sunday, thieves in a stolen Kia SUV crashed through the front of Armed in Michigan on S. Wayne Road. About eight people got out of the vehicle, grabbed about 50 guns, and ran to another vehicle across the street. 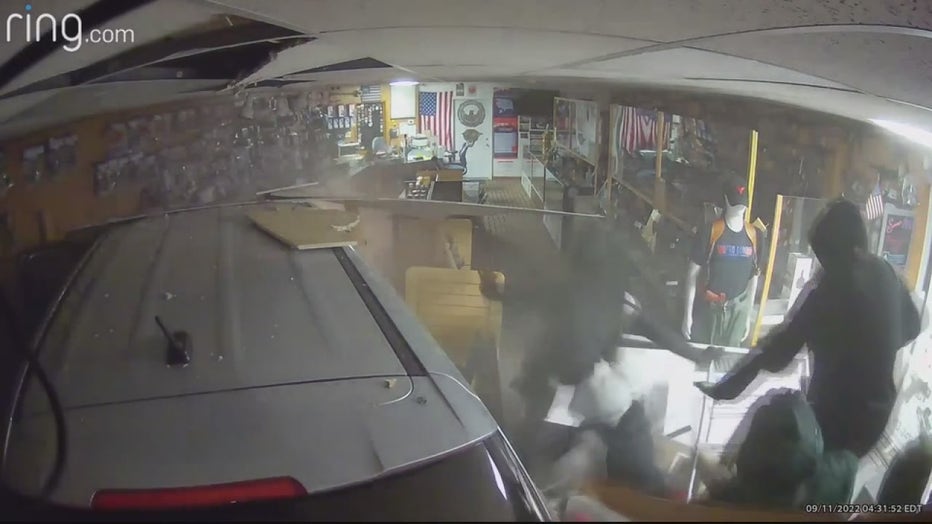 About an out later, just after 5 a.m. Sunday, suspects drove a vehicle through C&C Coins in the 24600 block of W. Warren and stole several handguns and rifles. Around midnight Monday, thieves drove another vehicle through the boarded-up C&C Coins and stole more guns.

About 50 firearms were stolen from the Dearborn Heights pawn shop. 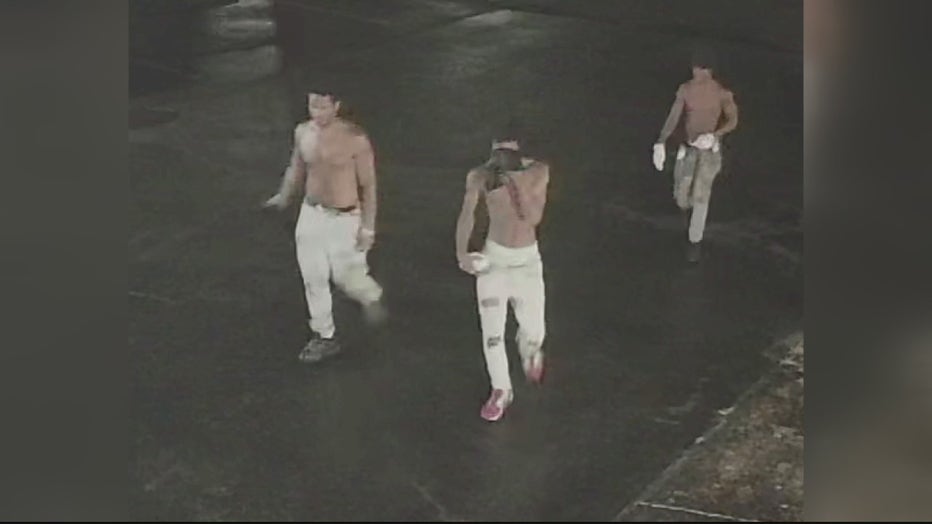 Some of the Dearborn Heights suspects

"Last night we did engage in a vehicle pursuit with some of the suspects, which the officers very appropriately terminated the pursuit because it became very dangerous to the public," said Dearborn Heights Police Chief Jerrod Hart.

The Bureau of Alcohol, Tobacco, Firearms and Explosives is offering up to a $20,000 reward for information about the pawn shop thefts.

Authorities say the crimes may be connected to the Westland gun store break-in.

MSU President faces pressure to retire from board

The students of Michigan State University and its faculty are expected to learn Tuesday what the fate of their current president as the Board of Trustees has reportedly called for him to announce his retirement by today or face being voted out of the seat.

Samuel Stanley, who took the position in 2019, is the university's third president in the past five years, a period of time that has roiled the university over sexual misconduct investigations, including one about the sports doctor Larry Nassar.

Stanley's actions regarding another sexual misconduct investigation are what's under a microscope this week. But not everyone on the Board is calling for him to leave. Notably, the Chairperson Diane Byrum came out in support of him, calling on the other boart members to apologize.

Several board members have signaled they would want President Samuel Stanley Jr. to retire from the university over his handling of sexual misconduct investigations at the school. Notably, the Board Chairperson released a letter in support of Stanley Monday.

Other student and faculty groups at MSU have expressed displeasure with the Board over issues of a lack of transparency in its decision-making process. ASMSU, the student governing body at the school demanded to have more input with the board.

Read more on the drama unfolding in East Lansing here.

Food grading ordinance up for vote in Detroit City Council

The Detroit City Council is weighing a consequential vote for city businesses Tuesday as members consider a food grading ordinance that would mandate restaurants post their health inspection grades at the front entrance.

Green would indicate compliance, white would show it's been inspected and must make a correction, yellow for showing its in the enforcement process, and red - a signal the business is closed by the health department. QR codes linking to the health inspection report would also be available.

"I can't see why anyone would possibly be against this. Detroiters are a first class people. We deserve clean, healthy, wholesome treatment and service," said Malik Shabazz. However, at least one stakeholder group that represents the industry in Detroit has expressed skepticism the ordinance would have its intended effect.

Either a green, yellow, or red sign marking a restaurant's latest health inspection report would be required to be posted under a new ordinance the Detroit City Council is weighing and plans to vote on Tuesday.

"The data shows a similar program that looked at the New York grading system found that it did not stop the spread of food borne illness in the city of New York," said Charity Dean, CEO Of Metro Detroit Black Business Alliance. "City of Detroit data shows many residents get food from gas stations and grocery stores, which are not covered in this ordinance."

A vote is expected today.

A Michigan State University senior claims a sandwich she ordered from an East Lansing Subway had an extra topping she didn't ask for – feces. Kelsey Coyne posted a TikTok after discovering what she thinks was poop on her lunch.

Woman claims sandwich from East Lansing Subway had poop on it

A Michigan State University student said she found a mushy brown substance on the wrapper of her Subway sandwich after smelling something off. East Lansing police are trying to find a lab to test the substance.

"There is feces. We are not sure if it's human or dog," she said in the video. "That's not chocolate, I know that for sure." Coyne said she posted what happened to social media because she didn't think the company would take her claims seriously after biting into the sub and smelling something off.

"The smell from it was so bad, I was gagging from remembering it," she said. "It was on the paper around it, but it was mushy." East Lansing police are investigating, and they are looking for a lab to possibly test the sample. Though police are looking into the incident, it could end up being a health department issue.

The owner of the restaurant said he reviewed security footage from the store and found nothing to indicate the sandwich got feces on it. Instead, he says it was sauce that was burnt after being toasted. Coyne said she hopes that's what happened.

A teacher from Clintondale Community Schools has resigned amid an investigation by Clinton Township police. Police nor the district would release details about the investigation into the woman.

In a statement, the district said, "At Clintondale Community School District, the safety and well-being of our students is our first priority. While we cannot provide specifics on this situation, we can say that the teacher in question resigned last week before the district was alerted to this issue. We are fully cooperating with local police and encourage anyone with additional information to contact the police directly."

The district said it hopes to release more details later. FOX 2 went to the teacher's house, where a man said she was not home. He said he was upset and asked news crews to leave.

This is the second issue the district has faced this year. In July, the district voted to keep Superintendent Rodriguez Broadnax, despite accusations that he was misusing taxpayer money.  He maintains he is innocent and denies the claims.

By early September standards, Monday was chilly. Plan on some of that warmth returning Tuesday with temperatures expected to hit the mid-70s along with cloud cover most of the day.

Rich Luterman has the full forecast.

Apple iOS 16 is out: Here's everything you need to know

Apple officially launched iOS 16 on Monday, offering a flurry of new features to most iPhones.

The new updates come days after Apple announced a fleet of new phones coming this fall. And if you're not willing to shell out the big bucks for a flashy new device, this latest update should at least make you feel like you have a newish phone.

Here are all the major updates you should know about.