A man in his 20s is dead and a stolen party bus has been recovered in another city after a hectic night for Detroit police. Law enforcement is looking into whether the two incidents are connected after gunfire erupted near the Society Club.

TUESDAY NEWS HIT - Detroit police are investigating the potential connection between a deadly shooting near downtown and the carjacking of a party bus early Tuesday morning.

Reports of gunfire prompted a dispatch from law enforcement late at night, who later discovered the body of a man in the street.

Responding police observed several vehicles in the area fleeing. Around the same time, armed suspects targeted a party bus nearby, forcing the owner to give up the vehicle.

The hectic situation for Detroit police began around 1:30 a.m. near the Society Detroit, a nightclub on Woodbridge Street.

Around that time, police received several reports of gunshots in the area, which includes St. Aubin Street, just next to Jefferson and a block away from the riverfront.

Police that responded to the scene say a fight had broken out near the club, which resulted in gunfire. They also observed a man lying dead in the street.

He's been identified as a Black man in his 20s.

Amid the confusion, another scene was playing out nearby when a party bus driver said armed men demanded that he hand over his party bus. He agreed. 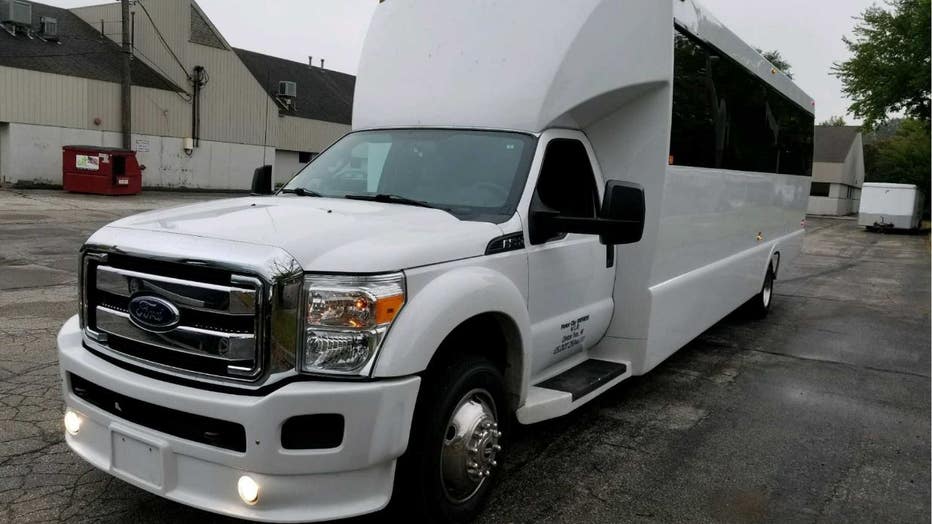 A carjacked party bus in Detroit was found in Highland Park

"It's a shame that you can't go out and have fun and just party and everything without fighting with each other. I've been doing party buses since 1999. I've never had nobody take a party bus from you at gunpoint," said Curtis Knott, the bus driver.

The bus was later found in Highland Park by local police.

The bus owner also confirmed that police had made arrests in his situation.

The first day of June brings a slew of long-awaited changes to Michigan's coronavirus restrictions after more than a year of being in place.

A plummetting rate of new infections over the last seven weeks has seen the state record some of its fewest daily cases over the past nine months.

Originally tied to the state's vaccine coverage, Michigan Gov. Gretchen Whitmer pivoted last week when her administration announced the health department would be lifting many business and venue rules today, and even more next month.

As of Tuesday, both indoor and outdoor sites will see reductions in the rules mandating how many people can be admitted.

Detroit's top cop will finish out a 44-year career Tuesday when he comes into work as police chief for the last time. Buzz about James Craig's retirement arrived amid a flurry of speculation about a future run for governor under the Republican ticket.

What started as a law enforcement career at age 19 took Craig to Los Angeles, Portland, Maine, and Cincinnati. Detroit, the place where it all began is also where it will end.

Detroit Police Chief spoke 1-on-1 with FOX 2 about his career spanning more than 40 years.

In a 1-on-1 interview about his time as head of the police department, he told FOX 2 he thought it was "fitting to say I started here and finished here." He experienced racism shortly after getting on the job as part of former Mayor Coleman Young's racial integration program of DPD.

It would be years and several different jobs before he would end back in the city where its police department solved few of its homicides and had record-long 911 response rates. James White, the head of the Department of Civil Rights, was announced as the new interim leader of the department.

Of the 49 deaths that were announced Saturday that were linked to COVID-19, 48 of them were identified through a vital record review. That means only one more person died after getting infected.

That's encouraging news for the state which has now recorded some of its lowest infection rates of the year. Over the last seven weeks, test positivity has also fallen to 6.6%, down from the near 20% positivity rate that had alarmed health leaders months ago.

Boosts to vaccine coverage have slowed to a crawl, however, an indication that Michigan may have reached its initial ceiling of citizens willing to get the vaccine. Studies show those that who were infected or have gotten the shot have at least nine months of immunity, if not more.

However, wading through the hybridized form of immunity taking place in the state may make figuring out where the state lacks herd protection may become more difficult.

A large mural honoring a firefighter and other Detroit public employees who died from COVID-19 has been unveiled next to a fire station.

Capt. Franklin Williams of the fire department dominates the painting. But there are images of a bus driver who made an emotional plea for protection from COVID-19 before he caught the virus, and 5-year-old girl Skylar Herbert, who was the daughter of a firefighter and police officer.

"This mural represents community heroes representing those institutions who also fought for our country by putting on a uniform and fighting an unknown enemy: COVID-19," said Odie Fakhouri, chief operating officer of the Arab American and Chaldean Council, which owns the building on Seven Mile Road.

Williams, 57, was eligible to retire from the fire department but wanted to work until age 60. He died last summer.

Some Tuesday perfection will follow-up the pleasant Memorial Day sun this afternoon with some sunny conditions and mid-70 degree temperatures. Some wet weather is expected to arrive later Wednesday.

Some showers midweek with the summer feel coming this weekend!

Pope Francis has changed church law to explicitly criminalize the sexual abuse of adults by priests who abuse their authority and to say that laypeople who hold church office can be sanctioned for similar sex crimes.

The new provisions, released Tuesday after 14 years of study, were contained in the revised criminal law section of the Vatican’s Code of Canon Law, the in-house legal system that covers the 1.3 billion-strong Catholic Church.

The most significant changes are contained in two articles, 1395 and 1398, which aim to address major shortcomings in the church’s handling of sexual abuse. The law recognizes that adults, too, can be victimized by priests who abuse their authority, and said that laypeople in church offices can be punished for abusing minors as well as adults.

The Vatican also criminalized the "grooming" of minors or vulnerable adults by priests to compel them to engage in pornography. It’s the first time church law has officially recognized as criminal the method used by sexual predators to build relationships with their victims to then sexually exploit them.