James White tabbed as Detroit Police Chief by Mayor Duggan, must get approval from city council

Interim Detroit Police Chief James White is likely to be named the next full-time police chief of Detroit after Mayor Mike Duggan selected him from three finalists.

DETROIT (FOX 2) - The City of Detroit is likely to remove the interim label on James White and named him the Detroit police chief after two-and-a-half months leading the department.

The City held a press conference Monday afternoon to officially announce that White was selected by Mayor MIke Duggan to be named the chief of police on a permanent basis, 10 weeks after he was announced as interim chief following the retirement of James Craig.

White still has to be approved by the city council.

Since June 1, White has been the face of the department to give updates on violence including brawls in Greektown, issues with officers, and multiple violent nights in Detroit including the murder of an innocent 2-year-old boy in mid-June.

He told FOX 2 on day one that he wanted to crack down on the rising crime rate and gun violence.

"The idea is not necessarily to lock everybody up - you can't arrest your way out of problems - but it's to be visible in those communities. So right out the gate, we want to make sure we have everybody who can patrol to be patrolling," White said.

White is also a licensed therapist who is passionate about mental health support - that includes those committing crimes and officers who fight it every day.

"We have to make sure we are keeping them upright, keeping them supported, and giving them the assistance they need. There is no shame in needing mental health support - for anyone," he said.

Brison Christian was killed on I-75 in a case of mistaken identity when shooters targeted the wrong truck on I-75 as the family left a basketball game in Dearborn. He was shot in the head and rushed to the hospital where he was later pronounced dead.

An emotional White spoke a few days after the shooting and commended the response of Brison's father and the way he's conducted himself after the murder of his son.

"The way that Mr. Christian has conducted himself in this - is strength that I have never seen and he should be applauded," White said.

Saying that he could never find appropriate words for Brian or his family, he said that Brison will never be forgotten.

Two suspects were eventually arrested and charged with the toddler's murder.

One month later, he again was speaking about the shooting death of an innocent victim.

"It’s absolutely unacceptable," he said on July 22 about the death of Tikiya Allen. "Everybody has got too tired of this tired of me telling this story over and over again."

Allen was killed while riding her bike when she was caught in the crossfire outside of a friend's duplex in the area of Pingree and Linwood. White said she was not the intended target. 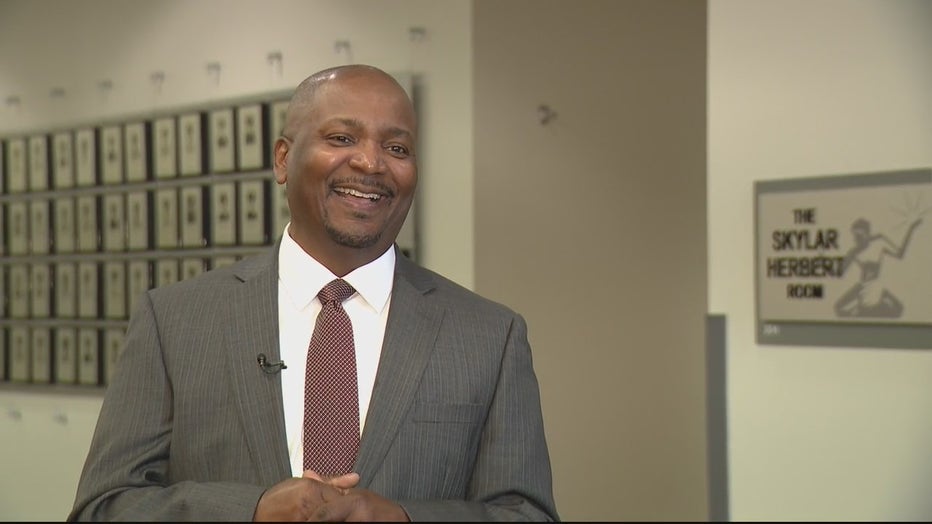 "It appears - all indications - that she was caught in the crossfire of someone who made a horrible decision to use a weapon to resolve whatever dispute that they were having," White said.

White said he believed his life was in danger and shot him. The man was able to run for a few steps but later collapsed and was taken to the hospital where he was later pronounced dead.

Both officers were placed on leave while police investigate the shooting.

Several Detroit Police officers have also been embroiled in controversy of the course of the past two-and-a-half months. Just last week, a Detroit police lieutenant has been charged with criminal sexual conduct in the third degree following accusations he raped a female officer last February.

Lt. Willie Duncan has served on the force for more than 20 years and was charged Friday morning in the assault. White sought permission to suspend Duncan without pay during the investigation, calling it a privilege to be a Detroit police officer.

"If your conduct does not support that privilege of being able to represent this department in this city with this badge, it is my responsibility to ensure that you don't wear one," he said.

This was the latest string of police officer issues in the department including one where officers left the scene after observing a shooting in progress. The dashcam video, first reported by Charlie LeDuff for Deadline Detroit, showed dashcam video of the shooting and then officers leaving the scene. The victim was wounded in the leg and was helped by those officers, who eventually turned around and rendered aid.

White said he was concerned about the nature of the response from officers.

White questioned what the officers thought they were doing in driving away from the scene.

Detroit Police Officer LaSonja Parker said there was no other option at the moment.

"They pointed at us. There was a red beam (from a laser gun scope) one of the suspects had, that went through our windshield. We basically thought we were under fire," Parker said. "So that’s why we reacted the way we did."

Parker and her partner, a rookie, are both on leave during the investigation. She said they returned about 25 seconds after driving off, which the video does not show.

Then, in early August, video surfaced on Reddit that showed a Detroit Police Officer punching a man in Greektown during a wild brawl.

The man was apparently involved in a brawl and was backing away from officers in the middle of the street when he was punched out by the officer. The man who was punched doesn't appear to react when officers try to lift him up. He eventually wakes up and begins shaking his hand at the police. Pedestrians then help him up as officers leave the scene.

That prompted an internal investigation by the police department.

"I have some serious concerns as to how that was handled. We've come to expect our officers to deescalate situations. I did not see de-escalation there, I didn’t see our training there," White said. "If there is a violation, we are going to hold the officers accountable and we are going to be transparent about it to the community."

Greektown and cracking down on crime

Greektown has been a center of activity and violence including multiple brawls.

In early June, White announced a 5-point plan to target violence in some of the city's busiest areas and curb drag racing.

"We're lowering the party atmosphere, but we have to do so responsibly," White said at the time. "These are not just words. We're taking this seriously."

To pull that off, Mayor MIke Duggan approved 4,000 additional hours of overtime for weekend crowd control and an additional 2,000 hours for policing drifting and drag racing. He noted it would not compromise the department's ability to respond to 911 calls outside the targeted areas.

White also told FOX 2 that he had hoped to be the full-time police chief.

He was born and raised in Detroit and the career cop joined the police force in 1996. Over the next 14 years, he worked his way up through the ranks and was appointed to assistant chief in 2012.

In the spring of 2020, when Craig was fighting COVID-19 in the early stages of the pandemic, White took over as interim police chief then, too. Last August, he left the department to run the state's civil rights department. But when Mayor Mike Duggan tapped him to take over, it was an offer he couldn't refuse.

"I can only speak to what I want. I will compete and I would like the position to serve the community and serve this city and these officers for a very long time but that's not up to me," White said.