TUESDAY NEWS HIT - The Detroit City Council is expected to weigh in on tens of millions of dollars in tax breaks for Billionaire Dan Gilbert's latest real estate project at the former Hudson building site.

The city council postponed a vote on the tax break last week, which would give $60 million to real estate firm Bedrock over 10 years for the construction of the new Hudson building, which is expected to be completed in 2024.

The 49-story building is expected to cost $1.4 billion in construction costs by the time it's completed. It would bring living and office space to the downtown area.

But some are wary of providing another massive break for a business that would benefit the downtown area while offering little relief for the city's surrounding neighborhoods. Resident pushback at last week's meeting prompted some city councilmembers to request a delay in the vote.

One city official who is in support of the tax break is Mayor Mike Duggan.

Gilbert has had his hands in both downtown real estate development and financing neighborhood projects to bolster investment outside the city center.

The city council meets at 10 a.m. to discuss the matter.

2-year-old recovered after kidnapping out of Royal Oak Township

Michigan State Police say a child taken by his father early Tuesday morning has been located. The 2-year-old, who was taken from his home in Royal Oak Township is undergoing a medical evaluation. State police posted online around 5:30 a.m. that Legacee Moore was taken by force by his dad, Glen Moore.

Glen is believed to be highly intoxicated when he forcibly took his child. 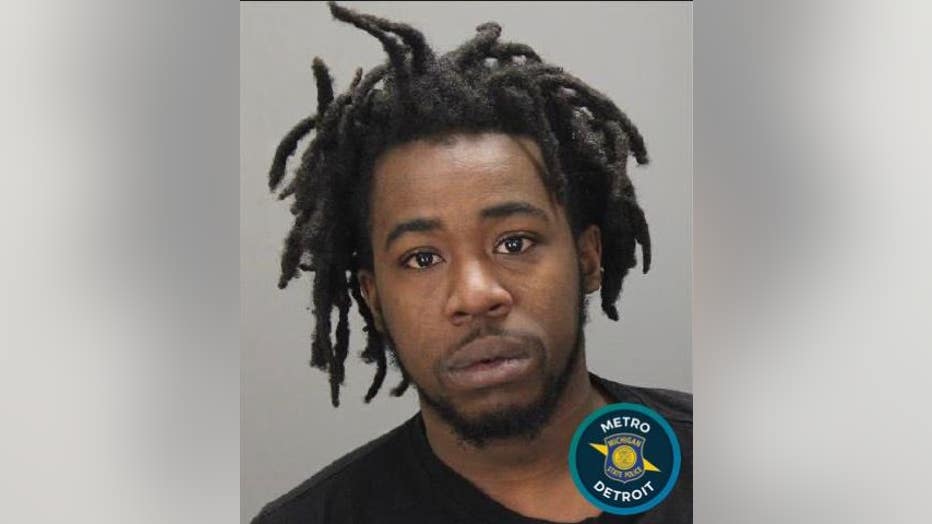 Police say Moore took Legacee from the area of Glen Lodge Street in Royal Oak Township. It happened around 2:45 a.m. According to posts from police, Glen was allowed to enter the home at 20850 Glenlodge Road to talk to the child's mother. At some point, a fight started and the suspect took the child from his room and fled the location.

Detectives continue to gather information. Two men, including the boy's father were taken into custody.

Two Detroit police officers are recovering after a suspected drunk driver crashed into their patrol car. It happened on the city’s east side around 12:30 Saturday morning. The officers were blocking off a section of Gratiot and Rohns after an accident when the driver struck them. Their patrol car was left mangled with the driver's side losing its door after the crash.

DPD Commander John Svec says neither remembers being struck. "I mean they were just parked in the middle of the road because there was already an accident there," Svec said. "They had their lights on, and he just was intoxicated so he was not paying attention - and unfortunately three people were injured there, the citizen included."

As for the suspected drunk driver who struck the parked patrol car- he was also seriously injured and required surgery.

DPD submitted a warrant to get his blood alcohol content and he could end up facing stiff charges.

Man claims pet alligator is being ‘held hostage’ after apprehension

When Lake County Sheriff's deputies tried to stop Joshua Applebaum for speeding earlier this month, they said he fled before crashing. Deputies said Applebaum, 40, from Oak Park, had an alligator in his car, and the animal was handed over to Cicchelli Second Chance Rescue and Exotics.

"I was trying to protect what was mine, essentially the most precious thing in my life. I panicked," he said. Now, Applebaum claims his 4-foot-long gator named Karen is being held hostage by the rescue. "She sleeps right with me like a puppy dog," he said. "My ex-girlfriend didn’t like her, and she said, ‘Why don’t you name her Karen, nobody likes a Karen.’"

He said he's been posting videos of Karen on TikTok, and he has racked up 300,000 followers as he tries to get her back. "I do not have Karen in my custody. She is being held hostage at this point," he said. However, April Cicchelli, who runs the rescue, said Applebaum cannot provide the care Karen needs.

"I have no care in the world that she is TikTok famous," she said. "She is in our large gator exhibit she is with three other alligators." Cicchelli said Applebaum showed up at her northern Michigan farm unannounced demanding Karen. Applebaum and Cicchelli said they are both willing to take the issue to civil court.

On the federal holiday observing Juneteenth, former Negro League player Ron Teasley is honored. Teasley, 95, was born in Detroit, and played for the New York Cubans. Top African American high school baseball players from Detroit and Chicago honored him during the Negro League Tribute Game at Hamtramck Stadium. The ballfield was the home of Negro League team the Detroit Stars.

"This is quite an honor. I just feel so grateful to be a recipient of such awards," Teasley said. Historic Hamtramck Stadium is one of only a handful of former Negro League ballparks still standing.

The stadium was placed on the National Register of Historic Places, and a campaign to raise funds to restore the stadium got underway. A $2.6 million dollar rehabilitation of the grandstand was completed this month.

The community is happy to see what is happening at the stadium. "This is just tremendous to me. It’s just an honor and a privilege to being back the area, in the neighborhood," said spectator Marcus Cobb. "I thought that after the Negro League stop playing here, I thought the park we fall apart," Teasley said.

It's going to be another hot one Tuesday - although it won't be quite as humid as it got last week. Plan on temperatures feeling like 95-100 degrees before a cold front swoops in and pushes temps down the rest of the week.

The first official day of summer will bring in the opportunity to tie or break our high temperature record today of 96 degrees. How long will the hot weather last? Meteorologist Lori Pinson has your forecast

Summer solstice 2022: 1st day of summer, longest day of the year — what to know

While the temperatures may already feel like summer, the official start of the season began on Tuesday in the Northern Hemisphere — an event known as the summer solstice.

During the June solstice, the sun travels along its northernmost path in the sky for the northern half of the globe, which results in the longest day and shortest night of the calendar year.

Here is everything to know about the summer solstice 2022.