SOUTHFIELD, Mich. (FOX 2) - A pharmacist was charged in a multi-million dollar cough syrup scheme out of a Livonia pharmacy, a Northville couple was killed in a car crash last Saturday, and 13 cars were stolen from a Flint dealership with some recovered in Metro Detroit: here are the top stories from FOX 2's Week in Review.

1. Tearjerking video: Chimpanzee reunited with newborn baby after nearly 2-day separation Tearjerking footage captured the beautiful moment a chimpanzee and her newborn baby were reunited after being separated for nearly two days. Mahale and her new baby, Kucheza, which means "play" in Swahili, had to be separated following an emergency C-section. The Sedgwick County Zoo located in Wichita, Kansas, recorded the beautiful moment Mahale was able to finally hold her newborn baby for the first time and we’re all crying.

2. Pharmacist charged with running large-scale cough syrup scheme out of Livonia pharmacy A Livonia pharmacist accused of running a multi-million dollar cough syrup scheme is facing charges a year and a half after his Dearborn home was raided. Zaman Alshafey, 35, was charged with 20 felonies, including wire fraud, money laundering, and illegally dispensing prescription cough syrup worth millions of dollars. According to federal authorities, he was illegally selling promethazine, a prescription cough syrup, the key ingredient in a cocktail known as"purple drank" or "sizzurp."

A Livonia pharmacist is accused of running an illegal operation out of the back of the pharmacy. Authorities say he was selling promethazine, a prescription cough syrup, the key ingredient in a cocktail known as"purple drank" or "sizzurp," to drug dealers.

4. Group storms Flint dealership, steals 13 vehicles; 7 recovered in Metro Detroit area A group of about 30 people stormed a Genesee County dealership and stole 13 vehicles Monday morning before fleeing to the Metro Detroit area. Gunfire was exchanged with a security guard before the suspects headed south in the stolen vehicles. The guard was not hurt.

A group of about 30 suspects stole 13 vehicles from a vehicle lot in Flint. They fired at an armed security guard before fleeing and heading to Metro Detroit, where some of the vehicles were found.

5. Starbucks Red Cup Day 2022: How to get a free reusable cup Starbucks is ringing in the holiday season with its annual Red Cup Day.  On Thursday, Nov. 17, the coffee giant gave away free, limited-edition reusable red cups to customers who order a handcrafted holiday or fall beverage at participating U.S. stores. Earlier this month, Starbucks’ seasonal red cups and holiday beverages returned to stores.

8. Pumachug in Clawson announces permanent closure A little over two years after opening, Pumachug in Clawson has closed. The gastropub opened in the midst of the Covid pandemic at 14 Mile and Main. Its closure was shared Tuesday on Facebook, though no reason was given. Customers who ordered Thanksgiving dinners will still have their orders fulfilled, and the restaurant will be reaching out to set up deliveries. 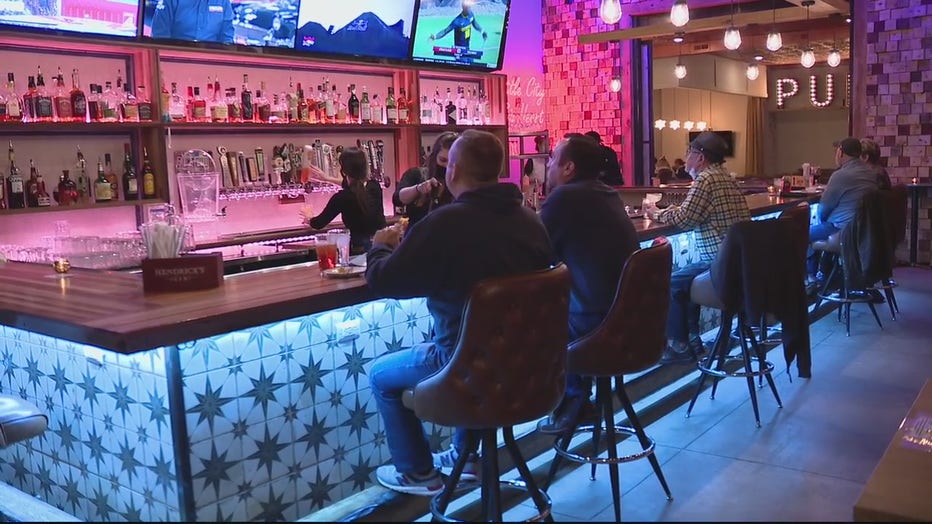 9. Child, 2 teens killed when speeding SUV rolls over in Lincoln Park neighborhood An 8-year-old girl and two teens were killed Thursday night when a speeding SUV flipped and hit a tree in a Lincoln Park residential area. The crash happened around 9 p.m. Thursday on Cicotte Ave near Porter when witnesses said a speeding SUV hit a tree, and a fence, and then flipped multiple times. Initial reports were that four people were trapped and one was ejected.

Witnesses say a teen girl was speeding in an SUV before rolling the vehicle. An 8-year-old girl, a 15-year-old boy, and an 18-year-old man were all killed.

10. $2.5M opioid ring busted in Detroit, two doctors arrested Federal authorities have arrested a total of six people who they said were running a major opioid distribution ring. According to the FBI, six people - including two doctors - used three locations in Detroit as a cover for their opioid criminal enterprise that was worth more than $2.5 million. Investigators say the four people from Michigan operated three clinics including one in Lincoln Park… and another in Dearborn Heights.