SOUTHFIELD, Mich. (FOX 2) - A Michigan woman is suing a man for $10,000 after he stood her up on a date, the prosecutor's office said a murdered Wayne County Deputy was texting the men accused of murdering him before his death, and a Mercedes speeding at 100 mph crashes into a pickup truck slicing it in half: here are the top stories from FOX 2's Week in Review.

1. Michigan woman sues date for $10K, yells at judge during hearing This may sound like a bizarre movie plot or something from a TV show, but it's 100%: A Flint woman is suing a man for $10,000 after he stood her up on a date. On top of that, she hauled off on the judge during a recent hearing. She claims he caused ‘emotional distress’ because the date fell on her late mom's birthday.

2. Prosecutor: Murdered Wayne County deputy was texting suspects before death Wayne County Sheriff's Deputy Devante Jones was texting the men accused of murdering him hours and minutes before his death, according to the prosecutor's office. Malikk Williams, 22, Gregory Freeman, 19, Christion White, 22, and Kevin White, 27, were all charged in connection to the Sept. 20, 2021, murder of Jones as he dropped someone off early that morning at the Diggs Projects on East Forest Ave.

Murdered deputy was talking to suspects before death, prosecutors say

Wayne County Sheriff's Deputy Devante Jones was shot and killed last year. Prosecutors say he was texting the men accused of murdering him before he was killed.

3. Charges dismissed against man accused of pointing gun at dad carrying baby at Detroit gas station Charges have been dismissed against a man who had been charged with pointing a gun at a Detroit man holding his son at a gas station last month. Euric Butler was in court on Wednesday for a preliminary hearing for charges including felonious assault, firearm, and brandishing a gun in public after police said he pointed a gun at a man carrying his baby on June 23. 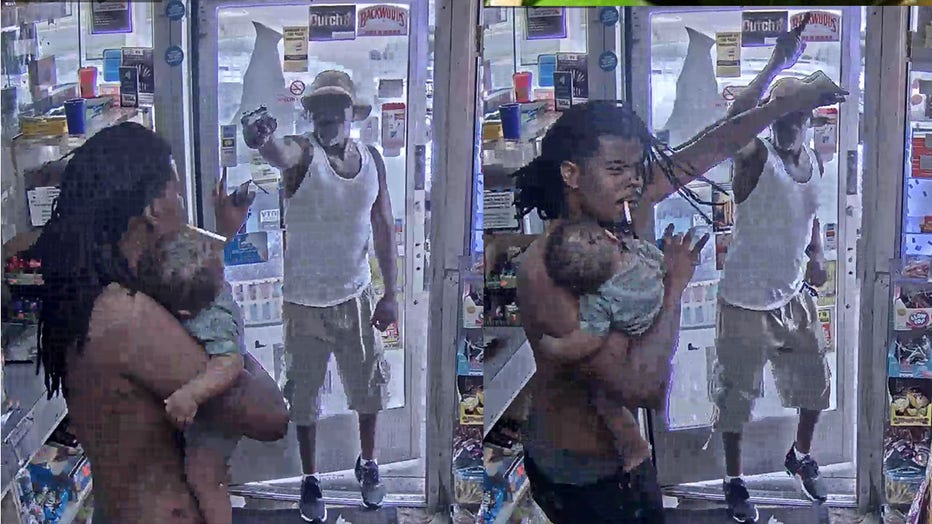 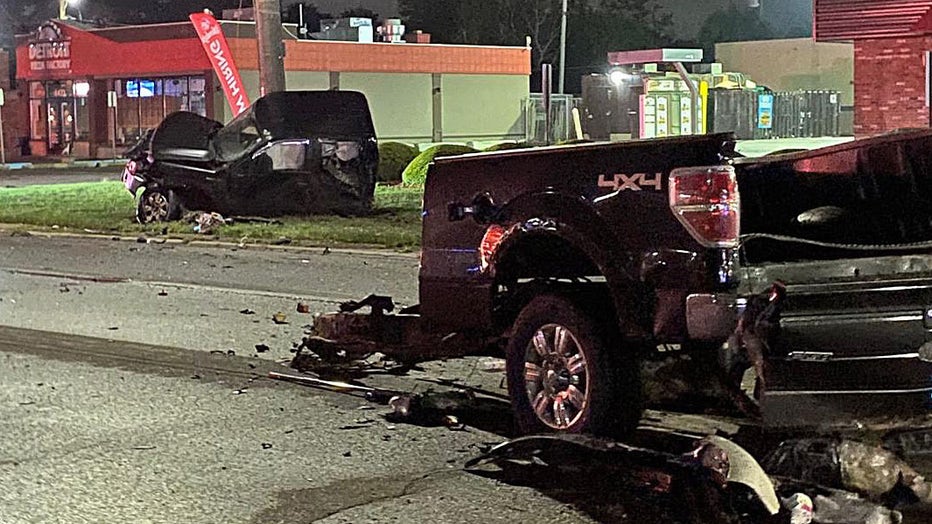 5. Mom dies after stabbing in Harper Woods, 3rd death linked to her son Jonathan Welch A woman who police said was stabbed by her own son during a violent crime spree, has died, according to her family - tying another death to Jonathan Welch, who was out after being released on a low bond. The family of Flossie Nicole Bray, the mother of Welch, said she died from her stab wounds in the hospital last weekend. Welch was arrested for the stabbing death of his ex-girlfriend, step-dad, and the stabbing of his mom in Harper Woods on July 13.

Police say Flossie Bray was stabbed by her son Jonathan Welch in Harper Woods before he killed his stepfather and ex-girlfriend last week. Bray has died.

6. Delta passenger explains why he declined $10K offer to give up airplane seat How much is your airplane seat worth? Not $10,000 for at least one Delta passenger who passed up the offer on a recent flight.  Jason Aten, 42, of Lansing, Michigan, said he and his family were flying from Grand Rapids to Minneapolis, Minnesota, on June 27. They were headed to Anchorage, Alaska, for a two-week RV vacation. 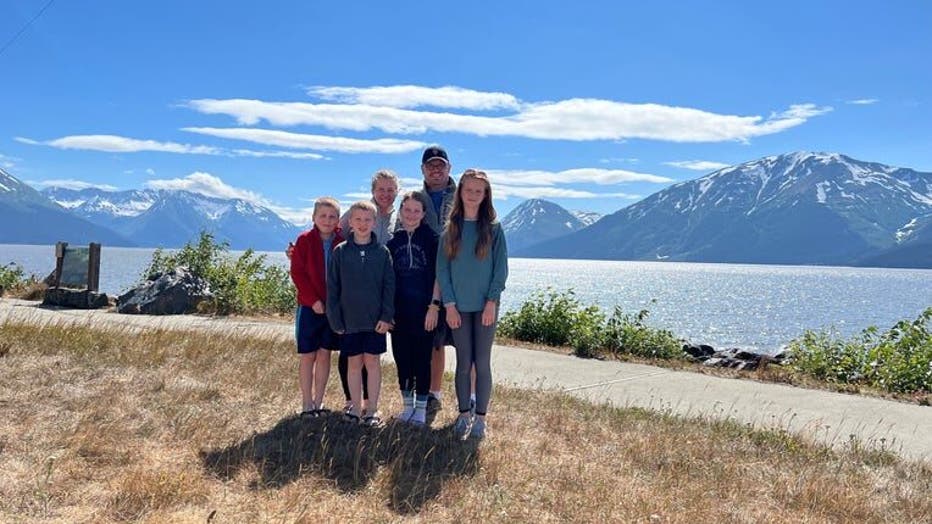 7. Oakland County man wins $139,221 after thinking Michigan Lottery email may have been scam When he got an email saying that he had won $139,221 from the Michigan Lottery, an Oakland County man thought it may have been a scam. "I played the Monthly Jackpot game once and didn’t realize it had a second chance component," he said. "My wife called me crying one day and told me about an email that had just came through informing me that I’d won a $139,221 Lottery prize. We agreed not to get too excited yet, thinking maybe it was a scam email." 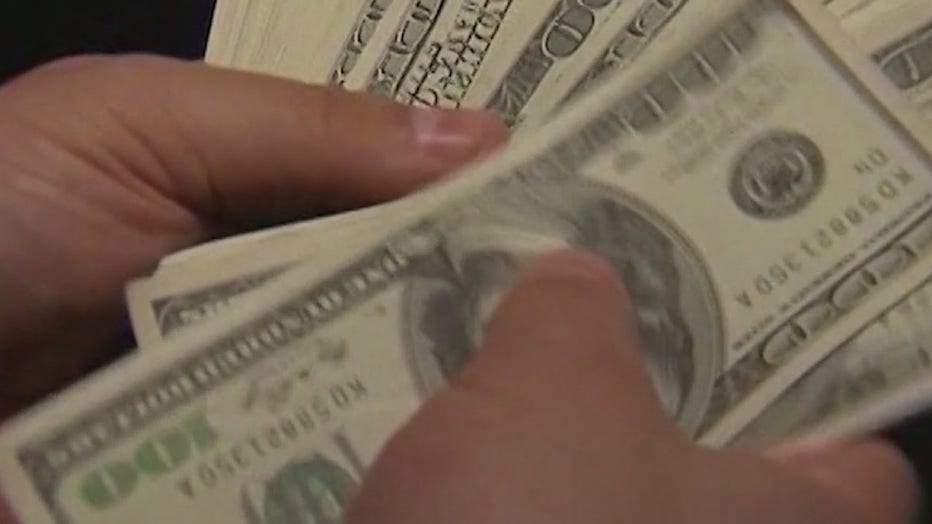 8. Detroit man wins $1 million on Michigan Lottery scratch-off ticket  A Detroit man thought a scratch-off lottery ticket he bought was a $1,000 winner – it was a $1 million winner. The 25-year-old man who chose to remain anonymous bought the Triple Million Michigan Lottery ticket at Corner Liquor Shoppe at 334 West Kennett Rd. in Pontiac. "I play instant games all the time," he said. "I scratched my Triple Million ticket and thought I’d won $1,000. I took the ticket back to the store I’d bought it at and had them check it. When the cashier told me it was a $1 million winner, I just stared in shock at my friend who was with me. I don’t have the words to describe the feeling that came over me!" 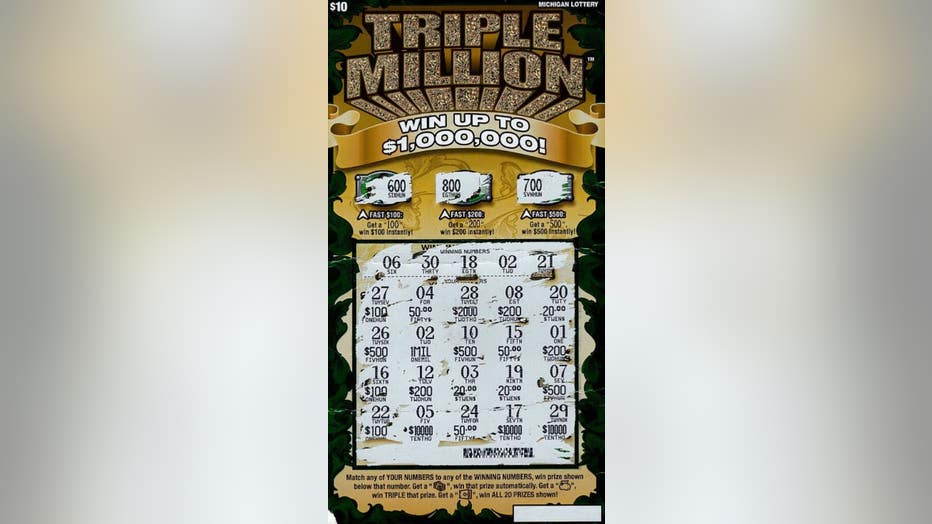 9. Lawsuit filed against police after officers drag 17-year-old girl out of vehicle, point guns at teens A lawsuit was filed Wednesday against River Rouge police officers accused of using excessive force against a teen girl during a traffic stop last year. Maliyah Clary was driving her mother's SUV with a permit but no adult in the vehicle in February 2021. She was 17. Officers yanked her out of the SUV during a traffic stop, while one of them pointed a gun at her 14- and 15-year-old cousins.

River Rouge police dragged a teen girl out of an SUV and pointed guns at her cousins during a traffic stop last year. Now, a lawsuit has been filed as her family demands justice.

10. Wixom man found shot dead in pickup truck on I-96 service drive; Weed and large amount of cash also found Detroit police say a 39-year-old man is dead after an altercation unfolded between him and another suspect inside a pickup truck on the city's west side Monday night.  Police are still trying to unravel the events that led up to the murder, which included the discovery of a victim with a gunshot wound in the stomach. Officers believed the man lost control of the vehicle before crashing on the Davison Service Drive around 7 p.m. on June 18.